Dame Agatha Abroad: Murder on the Orient Express / They Came to Bagdad / Murder in Mesopotamia 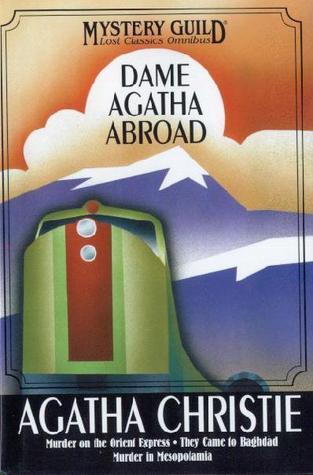 Murder on the Orient Express: When a snowdrift stops the Orient Express in its tracks, the luxurious train is full-but by morning there is one less passenger. A man lies dead, stabbed a dozen times, his door locked from the inside...and it's up to Hercule Poirot to solve a seemingly impossible crime.

Murder In Mesopotamia
When nurse Amy Leatheran agrees to look after an archaeologist's ailing wife at a dig, she's in for more than just nursing-she also has to solve a murder. Fortunately for Amy, Hercule Poirot is also visiting the excavation site.

They Came To Baghdad
A superposer summit is planned in Baghdad-and an underground organization plans to sabotage it. Into this explosive situation skips Victoria Jones, who yearns for adventure...and gets more than she bargained for when an agent dies in her hotel room.
The Woman Warrior :: Like Life :: Birds of America :: Repair :: The Mystery of the Blue Train
Leave Feeback for Dame Agatha Abroad: Murder on the Orient Express / They Came to Bagdad / Murder in Mesopotamia
Useful Links